It has been a few years since the local community in Burley lost its battle to save Sun Lane from housing development. During that time, I’ve been looking at why precious green belt has been released and why Sun Lane was eventually given the go ahead.

Green Belt policy is misunderstood, muddled and mis-applied, particularly when there’s no strategic framework for considering its function across local authority boundaries. This makes green belt policy, the most powerful and worse planning policy in England.

To revise Green Belt boundaries through local plans, authorities need to show “exceptional circumstances,” a phrase that we’ve all heard from local councils and developers.

However, to be granted planning permission for most kinds of new building in the Green Belt outside of the plan-making process, the test is more prescriptive, and the bar is set much higher.

The test is for “Very special circumstances,” which only exist if “the potential harm to the Green Belt by reason of inappropriateness, and any other harm resulting from the proposal, is clearly outweighed by other considerations”.

Housing applications in the green belt.

How often do chunky new applications for new housing meet the very special circumstances test? The answer, not very often. Almost every year, the Secretary of State and Planning Inspectorate grant the odd decision, but it’s not common. Outside of these few exceptions, what you normally see is housing acting as enabling something else, a school, a special educational needs school and on one occasion a world-class golf facility for the Ryder Cup.

But how do we make sense of other decisions allowing homes to be built in green belt, without a school, golf courses or care homes rather just houses for people to live in.

Failure of the local plan process.

This trend links back to the failure of the local plan process. And that’s the whole point, what these examples of hundreds of homes in the Green Belt passing the very special circumstances test are about is what happens when plans don’t move fast enough, or don’t move at all, as is the case in Bradford.

It’s only now that I realise that this was the case which Jeff McQuillan was trying to present at the inquiry, and the developer and Council had to undermine this approach, so they cross-examined Jeff under pressure, and at length. 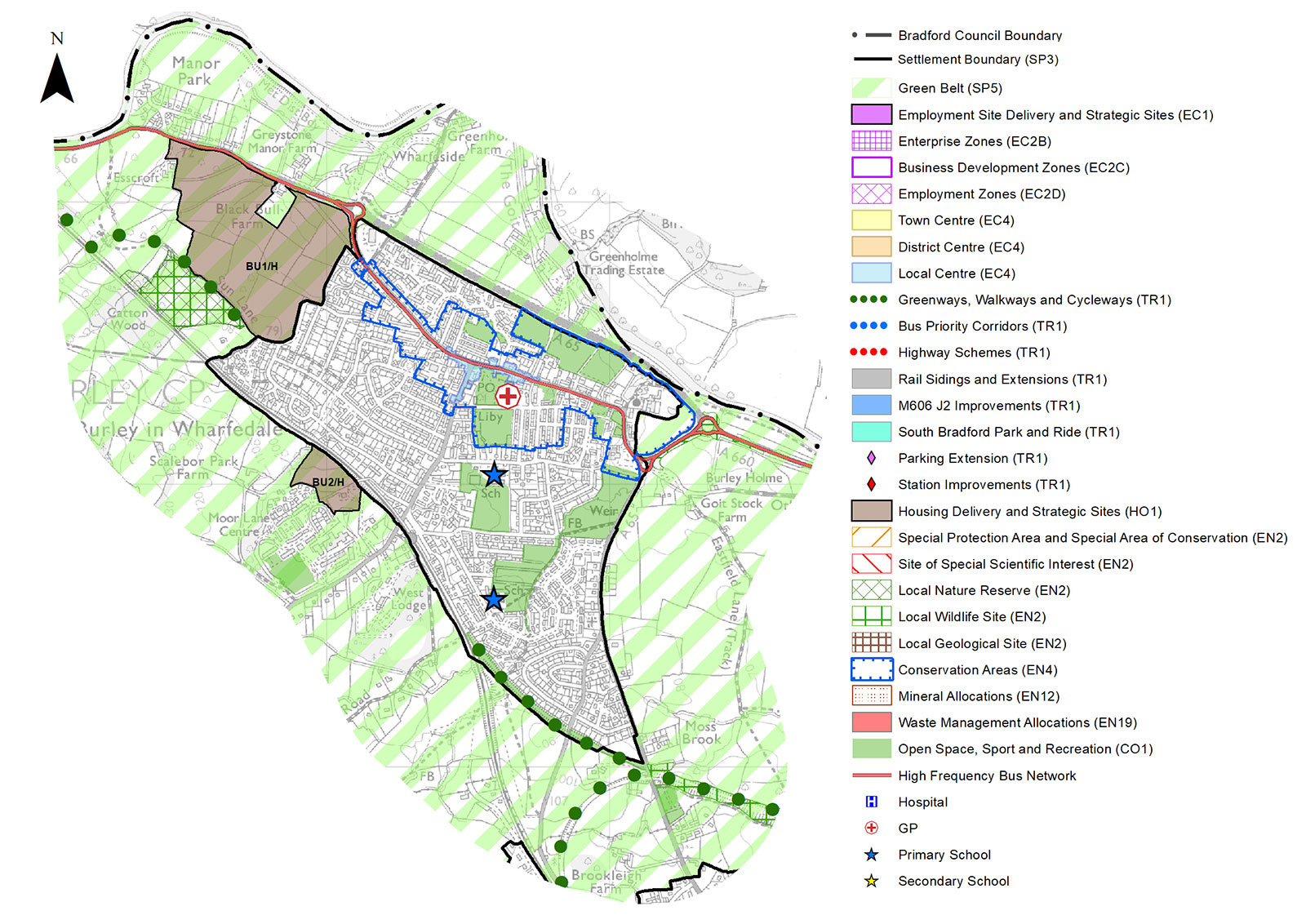 Critical points regarding the planning application.

The critical points to understand here are that:

This is ultimately a story about a failure to plan. Bradford’s 2017 Core Strategy was supposed to be followed by a site allocations plan (SAP). The SAP would and should have removed the Sun Lane, Burley-in-Wharfedale site from the Green Belt and allocated it for 500 homes. Had that happened on time, then there’s no story, inquiry, or drama, just an example of the planning system operating as it should.

As things stand, we’re still waiting for Bradford’s site allocations plan.  This left the developer with little choice in taking a chance on a planning application.

We had a planning application, a call-in, a delay, a 6-day planning inquiry, a planning refusal by the Secretary of State, a quashing of that decision in the High Court, then consent from the SoS.

The real story at Sun Lane, Burley-in-Wharfedale is not about the Green Belt being under threat, it’s a story about what happens when plan-making stops, but the need to bring development forward keep on going.

There’s a thread that links all similar planning applications, which tell us all about demonstrating very special circumstances.

When a site is proposed for release from the Green Belt and allocation for housing through an emerging plan, but the plan has not yet been adopted, very special circumstances may be made out in circumstances where

To be clear, this type of planning isn’t plan-led, it’s the antithesis of plan-led, and this is forcing developers to rely on the very special circumstances test precisely because plans are moving too slowly or have failed altogether.

How to easily spot COVID and online ba .. >